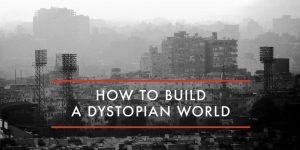 Recent FOI requests have shown that;

It is also true that:

Why have all the teachers gone? When a teacher leaves their post they should be given an ‘exit’ interview, their response offers an insight into their reasons for leaving. At a recent States sitting Deputy Rod Bryans, the Education Minister admitted that he did not know how many (if any) exit interviews had taken place. The information would have been helpful in determining the reasons for the exodus. Perhaps I can enlighten him.

The baby boomers that once made up the bulk of teaching posts are almost gone. It is perceived by some that they sat on large salaries and cosy careers. In order to help balance budgets headteachers prayed for them to retire. They could lop as much as £10,000 off the budget by employing a newly qualified teacher to replace the old fogey. With the proposed cut in the NQT’s starting salary another £8000 would be saved. It’s a ‘no brainer’.

People leave, they are replaced. What is the issue? If a school can replace five older teachers, that is a saving of almost £100,000. If this happens across the five State secondary schools, that’s a half a million pounds saving. If just one ‘leaver’ is replaced in each primary school that is nearly three quarters of a million pounds lopped off the education budget. Teachers are at their most expensive (and belligerent) once they get into their forties, yet they still have around twenty years to go before they retire. The problem facing management was how to speed up the process.

With the focus now on literacy and numeracy, many subjects are a luxury so the curriculum is narrowed, isolating some staff. Other areas seen as surplus include pastoral and special needs. In these days of austerity sacrifices have to be made. These, ‘surplus’ teachers are asked to teach subjects that they are not familiar with. A teacher’s classroom performance can be scrutinised as often as management decree. How they teach is assessed using subjective criteria, which is open to interpretation. For every child that falls below their, algorithmic, flight path target, the teacher is held to account. The teacher may be given the toughest pupils, compromising their chances to meet set targets. Evidence accumulates.

The experienced teacher’s job role changes beyond recognition, their ‘performance’ heavily censured and their salary, possibly, downgraded. For how long can they resist the desire to jump ship? They have barely had a day off sick in nearly twenty years but the pressure is telling. Self-esteem suffers, morale drops. Their humiliation is complete.

Is this practice ethical/legal? It is certainly brutal and is as old as the hills but never has it been carried out on such an industrial scale. Teachers could mount a challenge but the unions are weakened by the culture of fear that now stalks school corridors. Any opposition is dealt with in a similar manner. Teachers have mortgages to pay, and families to support. The climate is distinctly Orwellian, the ethos inquisitorial.

In a job market where supply outstrips demand, it is understandable that some unscrupulous managers would operate a F.I.F.O (fit in or **** off) approach to their workforce but this is not the case in respect of staffing in Jersey schools. Which is what makes the whole business seemingly absurd! There can only be one logical explanation and that is that the education department is seeking to impose ideological change within the profession (and possibly on the children that are being taught). They do not want free thinking, innovative, inquisitive staff and pupils, they want compliant, subservient, sycophants.

Once the workforce has been sanitised, new, naive teachers are employed. Via the JGTTP and in-house management training new personnel are indoctrinated. The teaching is largely formulaic and although the administrative duties are long and arduous the new kids on the block know no different. There was some deadwood amongst the old guard but the vast majority are/were highly experienced, adept at balancing the complex demands that it takes to be a successful teacher. For most, teaching was a vocation.

For how long will the culling last? If pupil performance improves significantly and the budget is balanced then surely the end justifies the means? But they haven’t! What then, will be the lasting legacy of this, already, obsolete regime? Pupil wellbeing is compromised, the curriculum squeezed and the quality of teaching diminished. In the UK a third of young teachers leave after five years, 13% within the first twelve months. The UK is struggling to recruit teachers. Jersey is haemorrhaging teachers at an unprecedented rate?  I wonder who they will turn to fill the gaps as the recruitment crisis gathers pace?