What is the connection between the Duchess of Cambridge and the fact the Jersey has one of the highest rates of alcohol consumption in the world? The answer? Wellbeing. The Duchess is the patron of the children’s mental health charity ‘Place2Be’and alcoholism is one possible consequence of a lack of wellbeing.  Others include;

We have physical health and we have mental health. Whilst we are usually aware of our physical wellbeing we are not always conscious of how fit we are mentally. Both are shaped by life but our mental health is not always within our control, especially in our formative years. There is a continuum in respect of mental wellbeing from the cradle to the grave with the former influencing the latter. The World Happiness report of 2013 stated that half of the adults who are mentally ill experience the onset of their mental health problems by the age of fifteen. Jersey is no exception.

Developing wellbeing is as is important as learning Maths and English; some would argue more so. And that development begins at birth. Carol Dweck and Professor Michael Seligman have shown that by attending to a baby’s emotional needs in their first year, parents can begin to establish resilience in their children. They advise that it is better for a child’s mental health to acknowledge effort regardless of achievement; a ‘well done’ rather than only rewarding success. In that simple change of emphasis lie’s the key to educating for wellbeing. How often do you get praised for doing something well and if so, how does it make you feel? And if you don’t?

In pre-school there is the rise of what is described as ‘seating time’ and a pre-occupation with teaching literacy and numeracy as opposed to structured play. Parents may push their offspring to be readers before they start full time school so that they can be ‘ahead of the game’. Yet recent research shows that structured play is essential in developing mental wellbeing.

Once in full-time schooling, children largely follow a prescriptive structure where emotional development is no longer a priority. The emphasis in Jersey schools, from the age of four to eighteen is to hit set targets. Attention is given to attainment rather than effort. Teaching is becoming formulaic and putting the profession under increasing stress as they too have to meet targets. Stress is infectious and, combined with parental pressure to succeed many children are growing up fearing failure. Ten GCSE’s with a D in Maths or English is failure. The child who works really hard to get an E or an F does not even get a ‘thumbs up’. Continuous, performance based education does not sit easily with wellbeing.

Whilst every parent wants their child to do well at school they do not want success at any price. Parents are taking notice, putting the needs of their child first. Some are home-schooling rather than starting their children too early in full-time education, others are making the conscious decision to ‘back-off’ and work towards achieving a better work-life balance for their children even if that means not performing to potential.  They are realising that their children need support and protection, nurturing in an environment that is conducive to their long term mental health.

It is disappointing that in Jersey’s Educational Business Plan 2015/18, there is no mention of wellbeing, of children or staff. Yet the part education should play in society’s wellbeing is crucial. Mental health has to be sown into the fabric of education if it is to work. It needs to become a part of Jersey’s educational ethos. In the Primary sector Jersey has an established ‘Wellbeing’ team. Every States secondary school has a school counsellor. These facilities play a key part in supporting our children’s mental health but they are largely reactive, especially in the secondary sector. Wellbeing is not just about ticking a policy box. It is a case of being rather than doing. Our education system should be pro-active. It is encouraging that plans are afoot to raise awareness of mental health in schools but before any attention is paid to raising attainment surely our education department has to ensure the mental wellbeing of the pupils it has in its care. 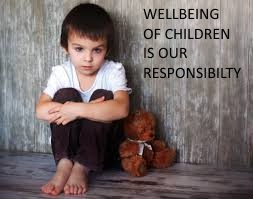