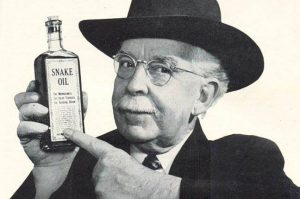 Take a look at any school’s performance data and you will be buried beneath a mass of data from which it is difficult to make a reasoned judgement. Under the auspices of transparency, schools provide more information than is necessary. But then they are damned if they do and damned they don’t. When reporting GCSE grades, the public is given three sets of headline data. There is the total A* to G; the total 5 A* to C and the total 5 A* to C including English and maths. Confused? That’s the whole point. In 2017, one headteacher stated that their school’s results were the best ever but which data were they talking about?

On such nuances reputations rest. One school famously displayed a banner, lauding its GCSE results. Other schools sit pretty with a near 100% pass rate and of course there are those, independent, schools that do not publish their results. Even the education department has got in on the act, crowing that the island’s GCSE results (70%) are superior to that of England (65%). Alas, somebody has to be at the bottom of the pile and one school in particular seems to be the perennial whipping boy.

But performance data is only as reliable as the numbers that are typed in.  What if the ‘whipping boy’ actually had a higher headline rate than those that blow their own trumpet? ‘Ridiculous’ I hear you shout. Well, unbelievable as it may seem this is exactly the situation we have, here on Jersey.

To clarify the issue we have to distinguish between two forms of available GCSE. There is the reformed GCSE and then there is the international baccalaureate or iGCSE. In 2014 the iGCSE was adopted by many independent schools in the UK as they sought an alternative to the largely discredited ‘standard’ GCSE. However, in a twist of irony it was discovered that the iGCSE was being marked too leniently (a trick that examination boards use to attract custom). In pursuit of a perceived increase in rigour, the UK’s Department for Education removed coursework from all syllabi. iGCSE English has a 50% coursework element (speaking and listening), which some suggest is open to ‘manipulation’. The iGCSE is not regulated by the QCA and, therefore, is not included in the data used to calculate performance in England.

Education is now perceived as a ‘results led business’. Careers are made and broken on the back of performance data. Four Heads of English have resigned their posts in the last academic year. In the cutthroat world that education has become, schools have tried everything from force feeding pupils with omega-3 to restricting admission of pupils from families deemed ‘inferior’. Some headteachers will stop at nothing in order to steal a march on their rivals.

Many  independent schools that once sat at the top of the UK’s schools league table with a 100% pass rate find themselves at the foot of the table with a 0% pass rate, because English and maths are the prerequisites in the 5 A* to C headline figures. Remove one and everything comes tumbling down. A recent FOI shows that one of our state funded private schools would suffer a similar fate and two out the five state secondary schools (69% and 47% iGCSE English) would have their headline figures cut drastically, lifting the ‘whipping boy’ off the bottom. It is no coincidence that the headline figures of the two state schools have risen significantly after introducing iGCSE.

The Education Department is fully aware of the rules of engagement;

“It should be noted that restrictions on qualifications that can be counted in performance measures in England and Jersey are not the same.” (source, GCSE and equivalent results in Jersey 2016)

So why make comparisons with the UK?

They have not factored out the iGCSE from their own comparative statistics and by presenting the island’s figures as 70%, when, using FOI data they are nearer 55% and significantly below that of the UK, they are misleading the public. The iGCSE effect is greater here because of the percentage of pupils involved. If the UK were to include iGCSE English their total would be above Jersey.

In the grand scheme of things the difference between the two GCSEs is unlikely to affect any pupil’s future prospects. It highlights the nefarious nature of comparative narratives, so if the powers that be are intent on using performance data they should do so without equivocation, anything less diminishes the integrity of the process and of those involved.