Child development and the pursuit of GDP 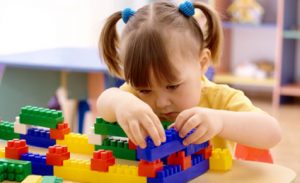 While arguments rage about the efficacy of means testing parents who want to send their children to private nurseries something much more fundamental is being overlooked. It is well established that the first twelve months of a child’s life play a pivotal role in a person’s physical and mental development. This is the age when brain development is, arguably, at its most versatile. Children learn to walk, talk and to co-ordinate. Theirs is a world of inquisitiveness as they explore their environment. The same is true of their emotional development. In a loving and caring environment the child gains esteem, building a positive resilience in the knowledge that they are being supported. In the first twelve months, the young child endeavours to build secure attachments to their primary carer, usually the mother, and then with other family members.

If a child is placed outside of the family unit at this formative stage then that secure attachment may be compromised. Placing a baby in childcare may result in their physiological and basic health and safety needs being met but we cannot be certain that its emotional needs are being catered for. The younger a child is when placed with a carer and the longer it is away from its parents the more likely its sense of belonging will be compromised, leading to anxiety, stress, affecting their emerging self-esteem.

Much is made of children being born into poverty but what of the child born today in any social demographic where the parents are absent for long periods during these formative months? The absence of a discrete primary care-giver leads to insecure attachments which in turn reduce self-esteem and builds a negative resilience, sometimes described as a ‘survival instinct’. It is well documented that insecure attachment can manifest itself as A.D.H.D, O.D.D, or P.T.S.D and other socio/emotional behaviour conditions. S.E.B.D is no longer the sole domain of the poor in society.

Parenting is driven by social trends. The demand on some families is such that both parents have to work in order to keep a roof over their heads. The situation is further complicated by issues over equality and the rights of both parents to have a career. Governments encourage a debt driven economy which may create jobs but the consequence of rampant consumerism is that both parents have to work to maintain their lifestyle. Something has to give. There has to be compromise if we are to ensure the wellbeing of our children.

After about 12 months, although child development is continuing, the resilience of the child is better established.  It should be borne in mind that insecure attachment can occur at any point in a person’s life, be that parental divorce, bereavement or other emotional trauma so any change in routine needs to handled sensitively.

The timing of moving from full-time parental care to a part-time one is significant. Basic maternity leave on Jersey is 18 weeks but in the UK it is 26 weeks This coincides with both parents being back at work when secure attachment between primary caregiver and child is at its most vulnerable. If leave of absence was longer, around twelve months, this would better support a child’s mental health development. This of course would have financial implications. But why should a parent have to choose between having a child and having a career? Can they not have both without risking the wellbeing of their child?

If a child has to have childcare, parents want to be assured of a high quality of provision. At present there are minimum physical requirements that early years establishments have to meet. These include staff to children ratios, square footage etc. There is also a pre-school quality framework that nurseries have signed up to. This includes; relationships, organisation, learning and achievement. On Jersey assessment is largely through self-assessment. However, the degree of quality assurance is not evident. There is a lack of transparency and a dearth of independent information meaning that parents have little to refer to in order to help them facilitate choice.

Nursery managers have to have a level three qualification in childcare. But that is not the case with all childcare ‘assistants’ who make up the majority of the adults who, in turn are not well paid. Why is nursery education not a degree entry profession like the rest of education and paid accordingly?

Jersey has one of the highest numbers of working mothers in the world and so the demand for childcare places is high. The island spends far less on Pre-school education as a proportion of GDP than the UK(1.2%). Raising children in today’s society is an expensive business and parents bear the brunt of that expense. The three new nurseries will be a welcome addition but of all the areas within education Pre-school is where there is least investment and yet this is where the foundations of social, emotional and educational development are built.

Adapted from article in JEP