The pursuit of GDP and rise in challenging behaviour of pupils 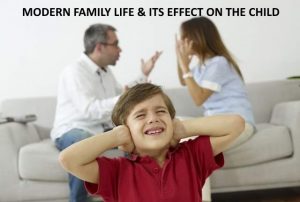 One in two marriages end in divorce. The average life of a marriage is eleven years. 1.9 million single parent families with dependent children. The average household debt in the UK stands at £54K and has doubled in ten years. 78% of children attend a childminder. Children spend around six hours a day in front of a screen. Nicky Morgan (UK, Education Secretary) is quoted;

“Some parents struggle to find just ten minutes a day to read to sons and daughters because of the demands of work.”

The statistics paint a picture of families reliant on debt and working as many hours as they can to manage that debt. How reflective are they of family life today and what values underpin them?

If a family is to function properly, it must be able to satisfy the needs of each member. The most basic needs are physiological, health and hygiene etc. Yet, one in three children are now clinically obese and 50% of under eights have serious, tooth decay. If these, most basic of needs are not met what effect will this have on the child?

A family should be protective of its members and provide emotional stability. Where physical or emotional abuse is evident, family members may feel insecure.  In England, 48,000 children are in need of protection and 68,000 are in care. Physical abuse is all too obvious but emotional abuse is much harder to detect.

A child may be ‘cared for’ by having their basic needs met but if there is a lack of affection in the home this may affect their wellbeing. Parents that are ‘too busy’ may shower their children with gifts. Pampering them by giving in to their demands does not foster a sense of belonging. Lack of belonging is one of the reasons why some children are susceptible to being groomed, whether by paedophiles or extremists.

Some parents convince themselves that they are ‘providing’ for their children by going out to work but the reality is that they are using this as an excuse to satisfy their own, selfish, needs. Getting the balance correct is not an easy one. Compromise is inevitable but if intrinsic family values are sound they will act as a stabiliser. Parenting styles shape the child and become self-perpetuating.

If needs are not met then a person is unlikely to achieve their full potential. What emerges is likely to be somebody that is self-centred, focussing on purely on their career, ambition etc.

My parents were part of the society that voted for a National Health Service and a Welfare State. These were ideals supported by a strong sense of collectivism on the part of the whole nation, a new beginning after the ravages of Two World Wars. The sense of community was strong with family values such as living within one’s means, respect for others and being neighbourly.

The altruistic ideals that created our National Health System and a ‘cradle to grave’ Welfare State have changed. Progress is now judged largely in terms of material acquisitions. It is more about image than wellbeing. We look in horror at a three year old plucked dead from the sea yet we use the maxim ‘charity begins at home’ as an excuse to stop immigration in all of its forms?  Our culture used to be one based on tolerance.

Raising children is no longer viewed holistically. Parents put the emphasis on their careers, some even have children as a ‘to do’ item on their checklist, disregarding the commitment required to raise the child. If a child is placed for long periods with a child minder for long periods from whom do they learn their moral compass?

Following the financial crash of 2007/8, austerity has chipped away at the institutions created by our forebears. The vulnerable in society are squeezed, the elderly, the disabled and the poor. They are the ones who are forced to make sacrifices caused by those individuals who put self first. Society’s leaders, many of them products of an elitist culture, do not comprehend the human cost of their decisions on the needy.

There is a distinct deficiency of empathy running through all levels of society as people now display individualism rather collectivism. The rich get richer and the rest endeavour to emulate ‘the haves’ rather than trying to help the ‘have-nots’.  Politics shapes family values which in turn defines our politics. There is no doubt that families matter.