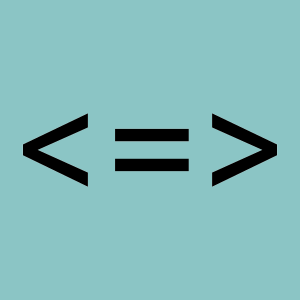 Sir Michael Wilshaw, the chair of Ofsted in the UK, highlighted in his annual report, the divide between the poor North and the affluent South in respect of educational achievement. In Jersey we have our own educational divide, between the state sector schools and the private schools, some of which are part subsidised by the state. It would appear that to try and allay this ‘divide’, the States of Jersey are using a pupil premium, £1000 per head given to educate the poorest children. But is this not a political sleight of hand? Is the education department looking to raise standards or performance? The same States department has put a cap on these potential first generation academics by no longer supporting them through university should they earn the right get there. The initiative might also be seen as patronising as it assumes that poor means dumb and in my experience this is not the case.

There is a global, political, imperative to be seen at the top of the P.I.S.A league, akin to a country topping the medals table at the Olympics. Internationally, politicians believe that being the top, reflects the superior nature of their ideology. Nationally the pursuit of ever improving performance targets seduces voters into believing that the government is raising attainment. Be under no illusion chasing performance targets in education is more about political expediency than it is about any altruistic desire to raise student aspirations. There is a world of difference between raising educational standards and improving examination performance.

The O.E.C.D has repeatedly shown that if you are wanting higher grades then look to the education systems of the Far-East. Countries like China and South Korea are always in the top six of the P.I.S.A charts for literacy and numeracy. But beware, the reason for their lofty status is as much about their culture as it is about education. Their children are made to study from a very early age and they have long school days as well as after school tuition, regularly amounting to twelve or more hours a day. The work is largely repetitious and the children are pressured and shamed into performing. They are tested incessantly and all are expected to meet the stringent targets set irrespective of ability. But then you look at the wellbeing of each nation’s youth. South Korea has the highest suicide rate in the world for teenagers. Jian Xueqin, a director at Peking University said recently;

“Using tests to structure schooling is a mistake. Students lose their innate inquisitiveness and imagination, and become insecure and amoral in the pursuit of high scores….they’re merely producing competent mediocrity.”

The UK (20th) follows US (28th)and Jersey tends to slavishly mirror all that the UK does and so we are seeing more testing, more content, more assessment, more monitoring, more meetings, longer school days, more after school clubs, more homework. The belief is that ‘more begats more’ but it is a false economy. Our children are more stressed, more disaffected and often anxious. The teachers are, increasingly disillusioned hence why 50,000 left the profession in the UK last year alone. 40% leave the profession within twelve months.  Jersey is no exception, struggling to find quality teachers, and to retain them.

What if Jersey had an education system that was the envy of the UK; one which raised academic achievement for all, beyond expectations, whilst ensuring our children’s positive mental health and wellbeing; one that could reduce overall costs? Too good to be true? Well we could have our educational cake and eat it. Oddly the answer lies in an ethos where ‘less is more’.

Finland lies 6th in the PISA league just a few points behind the draconian practices of the Far-Eastern countries and way ahead of the ‘wannabes’ below.  It has evolved an education system that many countries are taking a serious look at, including those from the Far-East.  Class sizes in Finland are between 15 and 20, giving the teacher plenty of time to get around each pupil in the class. They have a short school day, generally four lessons and 15-20 minute breaks between each in order to refresh and reflect. The subject content is less allowing more time to engender understanding.  Interestingly, children do not start full time schooling until they are 7 years of age and, crucially, receive only one formal test, at the age of sixteen.  How do they achieve higher grades if they spend less time studying?

The, teachers are highly trained (Masters degree or better) and are specially selected to ensure capability for the job. Only 10% of those that apply are successful. Teachers pay is on a par with doctors and lawyers, ensuring a highly motivated work force. Perhaps, most important is the fact that the teachers are empowered to get on with the job. There is no competition between schools and no performance targets.

It is an education system based on equality and egalitarianism and it is inclusive. Pupils with special educational needs are brought up to pace using specially trained teachers. The difference between the lowest performing pupils and the highest is the lowest in the OECD rankings. If Jersey were to introduce the Finnish education model, achievement across the bailiwick could be around 20% higher than the maximum 3% that the pupil premium appears to offer.

Costs are reduced by improving efficiency. If teaching is of a high quality there is no need for the circus that surrounds the profession. Jersey’s educational system is top heavy with administrators and ‘support’ services. The secondary schools have far too many ‘managers’.  The one million pound subsidy given to the private sector, would cover the cost of more than twenty new teachers in state schools. That is at least one extra teacher for every primary school, reducing class sizes and improving educational standards at a sweep.

Jersey cannot afford not to look at what the Finnish system can offer.

Colin Lever is the author of: Children in Need Education, Wellbeing & the Pursuit of GDP