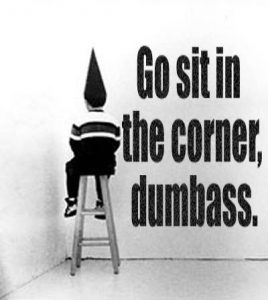 A recent study carried out by an Oxford University professor, Danny Dorling, showed that the UK and the US were the worst countries for teaching to examinations. He showed that when students between the ages of 16 and 24 repeat exams in literacy, numeracy and problem solving performance drops significantly. In the UK just over half of our students achieved the benchmark of 5 A* to C grades and how the pupils are taught in our schools is no different.

Such is the pressure to ‘perform’, many schools in the UK are not averse to using subterfuge.  From sanitising schools; to massaging results; to the use of quack-science, no stone is left unturned in this pursuit.  It is a sad situation when those we entrust with our children’s wellbeing have to resort to cheating but this is typical of education today.

Whatever happened to ‘nurture’?

The political talk is of raising achievement but there is a world of difference between improving examination performance and raising educational standards. Be under no illusion, what is taking place in schools across many countries has more to do with political expediency than it has about trying to raise a child’s career opportunities. There is a global, political, imperative to be seen at the top of international ‘performance’ leagues. It is akin to a country topping the medals table at the Olympics. Internationally, politicians believe that being the top, reflects the superior nature of their ideology. Nationally, the pursuit of ever improving performance targets seduces voters into believing that the government is actually raising attainment.

In their drive to ‘raise achievement’ a number of schools have lost sight of what role they play in society, deluding themselves and the general  public that educational standards are improving. To ensure accountability in the system, a whole circus of advisors and data systems have been acquired, sucking out vital capital from the classroom and replacing it with angst and anxiety as teachers and pupils feel the heat.

The present educational model is unsustainable. You cannot expect a year on year improvement because capability in the population is not exponential. You will always have a range of abilities and there will be those who will not be able to pass at the required level no matter how much time, effort and money you throw at them.  Intelligence is one of a number limiting factors that will cause improvement to plateau at some point in time.  Making examinations ‘harder’ just creates more failures.

We have to ask ourselves what it is we actually want from our education system? Focussing purely on ‘performance’ is a false economy, it does not provide a workforce that is skilled enough and will affect economic growth. In terms of social and emotional development this narrow approach to education is creating adults with significant mental health issues, people who do not have the resilience to cope with modern day life. Far from removing social barriers, focussing on performance alone is, in fact, re-enforcing social division and introducing a pupil premium is not going to change anything.

Intelligence, like many other human traits is a combination of genetic and environmental factors. We can improve a child’s basic intelligence over time but to do so they must get the right kind of stimulus and motivation. Learning by rote does little except create disaffection.

The mantra in education used to be ‘broad and balanced’. Although more content has been added to the curriculum at all levels it cannot be said that it is either broad or balanced. Training children to pass examinations does not teach them to problem solve, apply knowledge, analyse, synthesise or evaluate. Many students emerge lacking the capability to think independently and Professor Dorling’s research emphasises this.

Maybe this is a political ploy, to under educate the masses whilst raising the academic ceiling so that the majority can never really aspire to anything. For to improve intelligence would be to create a wider  public with the capacity to reason and to question what is happening around them, and that might not be advantageous at election time. In the end, some politicians stand for nothing but re-election.

But the politicians need not worry, the signs are that our children are becoming less intelligent. Professor Dorling’s report is just the latest in a long line of research indicating as much. In 2006 Professor Michael Shayer carried out an extensive study of primary school children which drew this same t conclusion. In the UK the ‘Flynn effect’, an adjustment that is made to standardise the IQ test every generation, is actually falling. In England  just under half the school population cannot pass their GCSE’s. Many leave still unable to do the basics. Our education system is actually deskilling the future workforce.

If there really is a desire to raise educational standards then educational policy should be looking at how it can improve the intelligence of ALL children. This requires a change in how children are taught, the volume of information they are expected to acquire, the quality of teaching and learning available and a broad and balanced curriculum with an emphasis on the development of thinking skills. The irony is that if we were to move in this direction, performance in examinations would improve as a consequence.